Hola to a Spanish insurance job 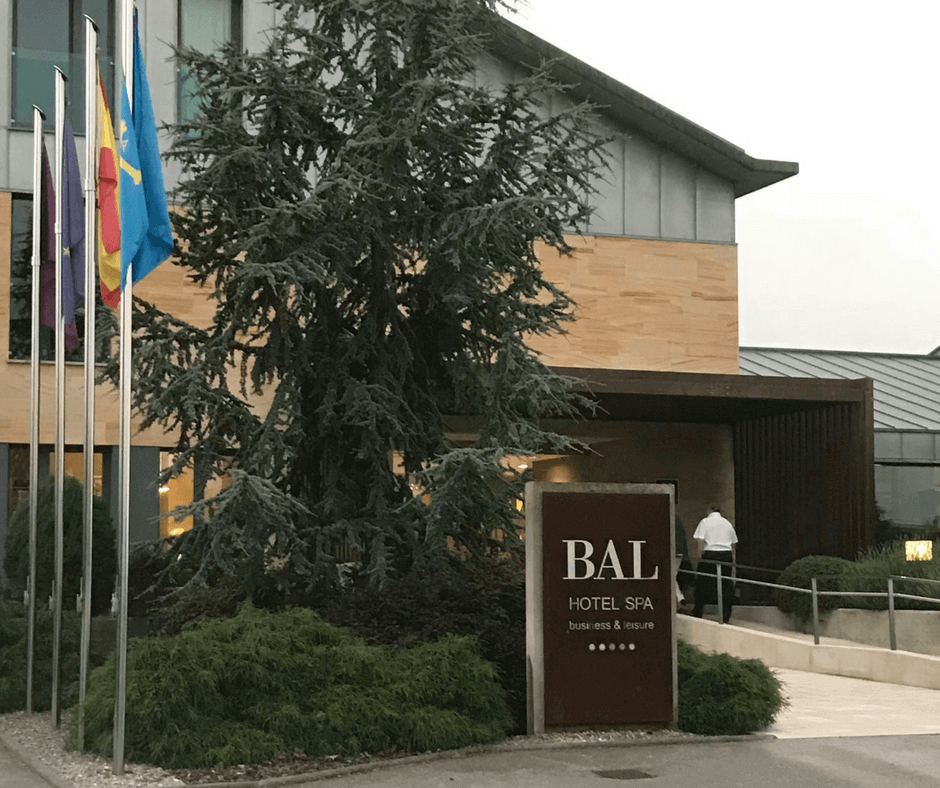 My job often takes me and up and down the country, but this was the first time I was needed in Spain to assess an insurance claim.

One of the services we offer is a bespoke insurance assessment service. This is where we work with insurance companies to assess the machines against the claim made. We then confirm costs for replacement parts or new machines, often saving them a significant amount of money.

This time, an insurance company needed me to assess water damage to their customer’s printer. So last week, I caught an afternoon flight from Gatwick to Gijón, Spain, where I was greeted with rain and a temperature of 19°C. A slight decline from the 28°C we’d been experiencing here!

The hotel I was staying at was a little drive away, so I picked up my loan car and tried to figure out the SatNav. It only took about 20 miles for me to work out how to change the language from Spanish to English! Anyway, I finally made it and stayed at a fabulous hotel for the night, The BAL.

In the morning, I made my way to see the insurance customer. I was needed to do an inspection of 2 of their printer machines. Both of which had suffered water damaged after heavy rainfall flooded their premises.

As my Spanish is pretty much limited to ‘hola’ and ‘adios’, I was relieved that they had a translator for me. If only they could have been on hand for the SatNav too!

The first machine turned on with the assistance of a new plug; however shortly after being powered up it started to produce heavy white smoke. I turned off the machine and removed the rear cover panel to start investigating. The machine had suffered water damage, not only in all four paper trays but all the way to the wiring loom, which runs the electrical system of the machine. I then carried out the inspection of the second machine, which was in a similar state. My final check was to measure the water level marks that were still visible on the walls of the basement, which measured in at 30/40cm. This helps to confirm the damage to the printers was caused by the flood water.

I confirmed both machines were unusable due to electrical damage caused by water contamination. The wiring loom is an important electrical component of the printer and when this has been affected by water then, it tells me the extent of the water ingress the machines have suffered. Due to the levels of water still visible in these particular devices they are classed in the insurance world as a “write off”, as they can neither be reliably or economically repaired.

However, this is not where our involvement stops! My team searched the market and supplied the insurance company information that will help them to save around €8,000 from their original €24,300 figure. I think that’s a job well done! 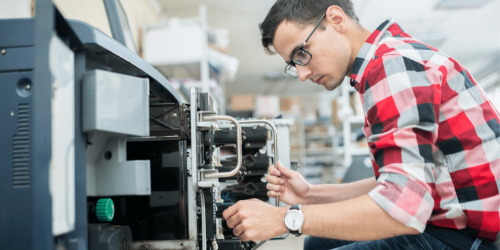 The benefits of getting your printer serviced after lockdown

With the UK in COVID-19 lockdown, many offices are closed and employees are working from home. This has left office... 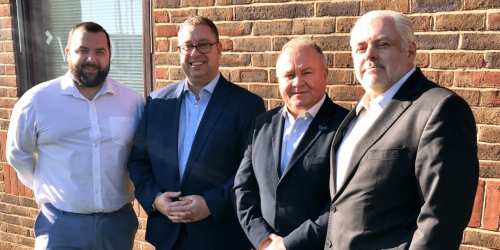 Exciting news! We’ve recruited a whole new Temple Knight Sales team, which will bring 70 years of experience to the...

Steven Connelly joins us at Temple Knight as Business Development Manager, working in Paul’s new sales team. He grew up...

We’re open 8am–5pm Monday to Friday. Call or email using the details below; our team is always here to help. Give us a ring.

Our team are on hand, so give us a call or fill out the form below and we will get back to you.